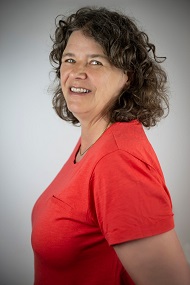 A sandcasting glass form, a cloud of borosilicate glass, filled with colourfull fantasy Glass artist Marjan Smit uses her torches to make colourfull fantasy creatures in which you can sometimes recognise squid, seahorses and plankton. Sometimes they look like nothing at all, they are the result of her unbridled fantasy. There are countless glass techniques with which you can realise everything you can imagine. But then you really have to take the time to learn the craft and master all the skills. Marjan Smit starts a sculpture using sandcasting: simply explained pouring liquid glass at 1240 degrees Celsius into a mould made of foundry sand. It needs two steps, in between she places the already made fantasies of glass , copper or sand into the coagulating glass. The result is playfull, with unexpected colours and sturdy lines. It’s followed by creating, with a flame working torch , a cloud of borosilicate glass on he solid cast. And there Marjan lets her fantasy run free: flowers, frog eggs, seagulls, vines ,squids,…a crown full of delicate details but it forms a unity with the cast object, which serves as the basis.

Marjan Smit makes use of the facilities of “The Glazen Huis” in Lommel , centre for modern Flemish glass.

Kunstmaand Ameland made possible by

Find out more about the sponsors